The cigar world can be confusing at times with regards to cigar sizes. Although the manufacturers we all love still make the stogies we savor day in and day out, their reasoning behind naming their sizes can be unpredictable at times, to say the least.

Cigars have been fattened up, stretched out, crushed, triangle-pressed, and probably curved for no good reason other than to say “We’ve just created a Crescent Moon shaped cigar that we shall call ‘Petite Corona!’” It’s time to  remind ourselves of the TRUE cigar sizes and what they offer. 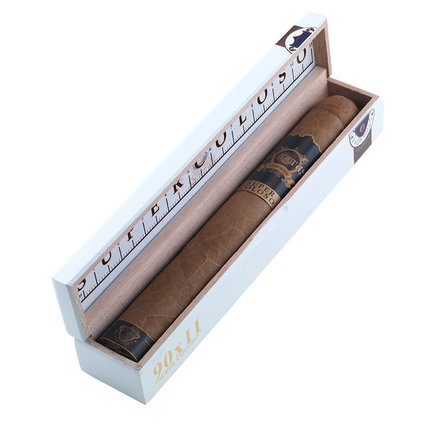 Super Coloso” is the name Exactus gave to their 11×90 large cigar. That’s 11″ long, 90 RG wide. Because no other name exists for a cigar this mammoth.

The way you interpret a cigar size is shown in the example below:

A classic Robusto size of 5 x 50 breaks down as:

So lets start with the Classic Cigar Sizes:

The Padron 1964 Anniversary Maduro comes in a tasty corona – well, almost. It’s a 42 alright, but a little longer (it lines up at 6″) than the true classic corona size.

Yes, Corona is first on the list, and for good reason. Classically labeled as a 5 ½ x 42, the Corona has for a long time been the size to which manufacturers would blend their cigars due to its raging popularity in the old days. However, with the market’s preference for bigger cigar sizes in the modern world, that job has been passed to another common size.

I love this cigar size for one main reason however, and that’s the immense flavor this little spark plug puts out. Due to the smaller ring gauge, there’s less filler tobacco to draw flavor from, so there is a greater emphasis on the wrapper tobacco – which means more complex flavors from your favorite cigar brands. The difference can be astounding.

The standby, the old reliable, the silent side arm. No matter what you call it, this is one of the most popular standard cigar size int he USA. Clocking in at a modest 5 x 50, the Robusto is perfect for a 45 minute to hour long smoke, while offering the true flavors the blender intended for you to experience during your smoke.

Oliva’s Connecticut Reserve – and most of the other cigars they offer in this size – are a spot-on 6×50. Classic as a 3-button jacket.

With a size that’s typically an inch longer than Robusto with the same ring size, this is the most common size manufacturers use to blend their cigars in the modern market with an extremely logical reasoning: most cigars are sold in the sizes of Robusto, Toro, and Churchill. By blending cigars in the Toro size, 6×50, the flavor difference by adding an inch for a Churchill or losing an inch for Robusto cigars is, at the most, minimal. That way you experience the same flavor you love over all three sizes for consistency.

Toro +1 inch. Named by Romeo and Julieta of Cuba after the late great Prime Minister of the United Kingdom, Winston Churchill. Since the added inch from the Toro size and the name is the only major point of interest with this cigar, I suppose I should go into why all three of these classic 50 ring gauge sizes matter in terms of taste. 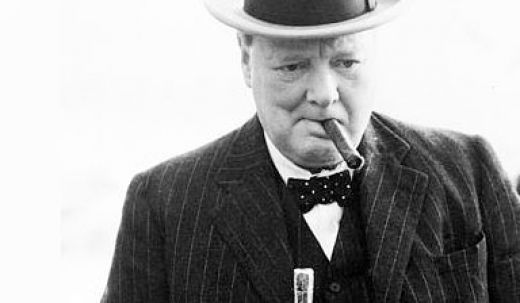 Not the only person to have a cigar size named in his honor.

Essentially, the longer the cigar is while maintaining the same ring gauge, the more complex it may become. The heat and smoke from the beginning of your cigar slowly starts to heat the core tobaccos which release oils and flavors within the tobaccos before the ember even gets there, thus changing & influencing flavors before it’s burned. The shorter the cigar, the less tobacco is influenced. The longer the cigar, the more tobacco is influenced by the continuous heat. So really, the flavor won’t change too much, but it will be somewhat of a different experience from Robusto through Churchill.

Bold and burly even in such a small size, the Punch Rothschild is one of the most popular cigars to carry the name. It’s also one of only a few cigars to come even close to an actual Rothy size (it’s a whisper over 48RG), and still be classified as one.

Yes, a common size of uncommon proportions is the stuff of Rothschild cigars. Not quite as big or as stuffed as a Robusto, and not quite as short and slender as a Corona, this 4 ½ x 48 cigar size is almost always mistaken as, and thusly named, Robusto. Named by Leopold de Rothschild, grandson of uber-rich German banker Nathan Rothschild, this vitola was contracted out for the family in the 1880s by Hoyo de Monterrey in Cuba. But the name and size didn’t really hold until Zino Davidoff introduced his own Hoyo-made cigars, naming the Rothschild after the German-owned French wines produced by none other than the wineries dear ol’ Leopold owned. What’s interesting about this cigar is, like the Corona, the proportions of tobacco used. With a small ring gauge with a still-generous portion of filler tobaccos, you’ll get more flavor from the filler than from a Corona sized cigar, and more flavor from the wrapper than a Robusto sized cigar.

Essentially the #2 pencil of the cigar industry. It’s long, skinny, and is highly recommended much like the #2 pencil is recommended to take the SATs. This stretched out stogie calls on ultra-flavorful wrappers to steal the show instead of relying heavily on filler tobaccos. But with its elongated size of 6 ½ x 34, the burn time is still close to around 45 minutes if you take your time. Also, the ember burns cooler than bigger vitolas, giving you a smoother burn and taste.

The La Palina Classic, in a lancero size. ALMOST true to the traditional Cuban measurements of 7 1/2 x 38, this one is a half inch shorter.  Lancero cigar sizes vary widely, but compared to the originals are usually shorter (like this one) and fatter than a Panatela.

It’s important to mention the Lancero since it’s becoming one of the more popular cigar sizes – and shouldn’t be overlooked. With a rabid cult following, the Lancero turns out simply to be a Panatela that’s has one too many helpings of mashed potatoes at a Thanksgiving meal: add one inch to the standard Panatela size, up the ring gauge to 38, and there you have this wonderful cigar. With nearly the same proportions of tobaccos from the core and wrapper as it’s skinnier little brother, the Lancero smokes the same way a Churchill would in terms of picking up a bit of extra flavor and complexity throughout its longer burn time.

This 6 ½ x 44 is perfect for anyone looking to enjoy a cigar that draws a great deal of flavor from the wrapper and filler almost equally, yet still gets around an hour long smoke. It was born out of the desire for a longer smoke time from the traditional Corona out of Cuba. When you got more time to burn, you need a cigar that will burn longer I suppose. But just like the Churchill varies in flavor from a Robusto, the longer size of the Lonsdale alters the flavor slightly from the inch shorter and slightly chunkier Corona through the same science stuff I mentioned before.

Well now this is tricky. Cigars were never made as big as 60-ring until just a few years ago (relatively speaking) – so when it came to making up names for these new cigar sizes, manufacturers had to get creative. Some added Spanish words for “big” and “extra.” Others tossed in labels that just sounded monstrous, or just called it a “sixty” and left it at that. Just to give you an idea, we took at look at the 200 cigars in the 60-70 ring gauge sizes, and figured out which names were used most often. Visually, it looks like this: 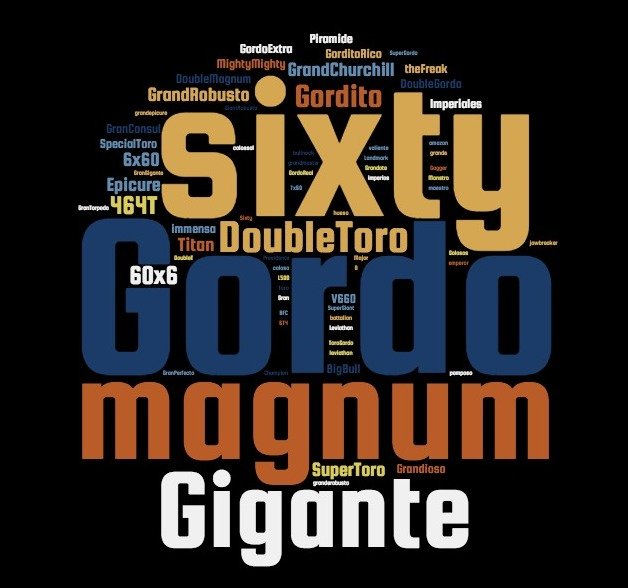 How it works: the more often a term is used to describe the cigar size, the larger it appears. So for cigars between 60 and 70RG in a sampling of 200 cigars, Gordo is the most common name for big ring cigar sizes, followed by Sixty, Magnum and Gigante.

In a world that defines Robustos as 5 x 58, Churchills as 6 x 40, and Toros as 7 x 54, it’s time to reel in the true definitions of the original and classic cigar sizes that have been gracing our industry for over two centuries. Most recently, we have become enamored with odd shapes and cigar sizes, yet the true cigars lie within these classic measurements. Share this with your stogie loving friends so they can become educated on what classic cigar size is.